skip to main | skip to sidebar

What is Art Deco?

What is Art Deco?
The term 'Art Deco' was coined in 1966, following a retrospective exhibition entitled 'Les Années '25', held at the Musée des Arts Décoratifs in Paris. This commemorated the 1925 Paris 'Exposition Internationale des Arts Décoratifs et Industriels Modernes'. Originally planned for 1915, but postponed on account of the First World War, the 1925 Exposition was distinctive from previous international exhibitions for two reasons. For the first time, the decorative and applied arts held a centre stage. The criteria for inclusion in the Exposition also emphasised the modern, to the extent that well established decorative artists might be excluded because they were seen as representative of a previous generation. 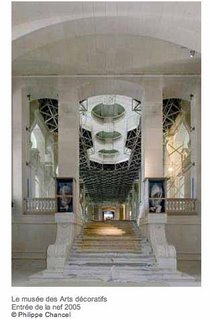 The architecture and decorative arts shown at the 1925 Exposition embodied a whole range of unconnected styles and sources, including a modern interpretation of the style of Louis XVI (18th century), seen as the golden era of the French decorative arts, and references to the avant-garde art movements of the time, such as Cubism and the Bauhaus. Diaghilev's 'Ballets Russes' and exotic and ancient cultures such as ancient Egyptian (following the discovery of the Pyramid tombs) and Mayan civilizations, the art of Japan and Africa, also had an impact on the style. Not to be confused with Modernist art movements, with their social philosophies and manifestos, Art Deco was purely decorative. A modern style, responding to the machine and to new materials such as plastic, Art Deco in its 1925 context was also sumptuous, a luxury style, characterised by individually produced luxury goods for wealthy connoisseurs.

The 1925 Exposition had a major influence on the decorative arts in America. Although the United States was not represented, many Americans visited the exhibition. In 1926 the Metropolitan Museum of Art held a retrospective exhibition to which original contributors were asked to send material. The American contribution to Art Deco is known as Streamlining and is characterised by clean lines and strong curves. It was applied to the design of cars, architecture and furniture. It was also applied to new mass-produced goods such as refrigerators and radios. In their attempt to reach new consumers from around 1930, manufacturers took iconic elements of the Art Deco styles and simplified them for mass production. Married to modern machine age materials such as bakelite and chrome, this style heralded an era of 'modern' design for mass consumption of affordable consumer goods. 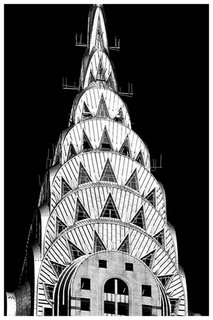 Posted by Hungary4deco at 7:41 AM No comments: